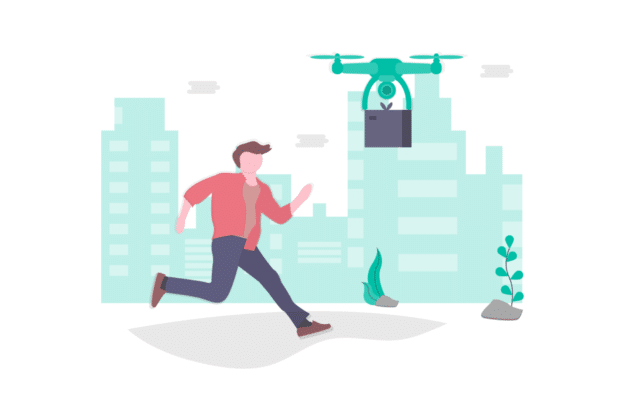 As a major metropolitan hub, New York City has always been the sight of culture, innovation, and power, acting as a strong financial backbone to the country. From Wall Street to High Fashion, New York houses some of the largest named businesses in the country. With COVID-19 acting as a catalyst to so many of the changes New Yorkers have faced in 2020, among them is the influx of the largest tech companies pouring into New York snatching up the empty office space left behind due to remote work. In Midtown, 14% of the office spaces are vacant, the highest it has been since the Recession in 2009. Despite the current climate, New York is a resilient city, allowing workers to commute in from three states every day, a point not lost on the major tech hubs of the world investing in the CIty.

Google laid the groundwork for the tech industry twenty years ago when they had one single employee living and working out of New York. Over the years, they have expanded their campus in Chelsea and now added 1.7 million square feet in the West Village across two buildings. Google is now expected to be one of the largest New York office tenants and is on track to add twice as many jobs in its New York branch with the expansion in place.

Along with Google, Facebook has extended its reach to the east. In August of this year, Facebook signed a lease in New York’s iconic James A. Farley Building on the west side near Pennsylvania Station, taking up 730,000 square feet. Facebook is currently renovating the space, preparing to hire engineers to their team, which will ultimately triple the amount of New York based workers in their division.

One of the most publicized sales came when Amazon purchased the eleven-story Lord & Taylor building in Midtown back in March for $1 billion dollars. Competing with Google, Amazon is extending its presence in New York despite the criticism they received back in 2019 when they were exploring the possibility of adding a second headquarter in Queens, New York. With the added commercial real estate, they are now projected to employ an additional 2,000 workers once the 630 square foot building is renovated.

After a decade in New York, Apple has acquired 336,000 square feet in Penn Plaza, leasing the space from Vornado Realty, a sublease of Macy’s space as they invest in their Long Island operation. Apple has already hired additional employees from New York and plans to grow its network with the acquisition of this second space. This was a big move for Apple who only worked out of the Flatiron Building since they first moved to the east coast back in 2011.

In the last ten years, New York City has added over 63,000 jobs in the tech industry, nearly an 80% growth. The massive inundation of tech giants, startups, and mid-tier businesses all show that this is not a fleeting moment, but rather a shift in the New York economy bringing professional and technical services to the top of the City’s financial trade. With the acquisition of real estate the Big Tech companies have made, they are investing in the City’s future, lining up jobs, and bringing back some much-needed life to the corporate landscape.