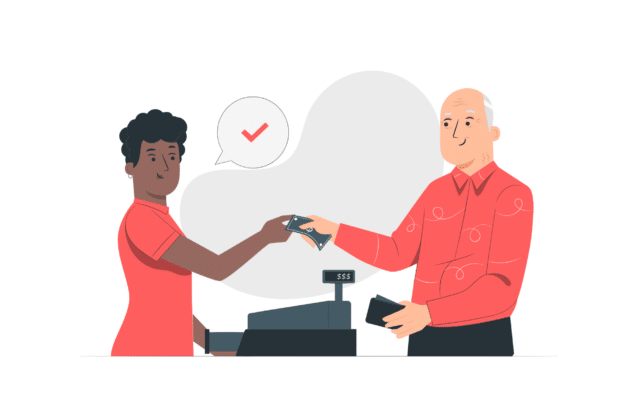 Pop-up stores are popping up everywhere.

The pop-up retail phenomenon, once known as flash retailing, has grown in recent years. A pop-up store is a short-term, temporary business that sets up shop in an unused open space, storefront, or within an existing store. It is rented for a fraction of the cost of a long-term space and is a cost-efficient way for a retailer to increase its brand awareness and make a profit. A retailer will rent a pop-up space for as little as one day to upwards of a few months.

Standalone pop-ups come in many shapes and sizes and are found at different locations. They can include vendors, restaurants, and exhibits. Pop-ups sell almost anything: books, art, clothing, cosmetics and beauty supplies, jewelry, music, art, food, and seasonal items. They are set up where there is much foot traffic (due diligence will help a retailer choose an accessible, busy location.) These pop-ups can be located in a marketplace—such as a stand at a crafts fair or farmer’s market—or inside a shopping mall that embraces pop-ups as a way to fill vacancies and keep shoppers coming back. They can also operate as a gallery space, standalone kiosk, college campus store, a collection of tables in a parking lot or on a side street, a booth, or a tent in a public park or town square or a food truck or motorized vehicle.

While the concept is popular among small business owners, major retailers such as Walmart, Toys “R” Us, Ann Taylor, Nike, Target, and Lexus have integrated pop-up concepts into their marketing strategies to extend their brands.

An example is Toys “R” Us, which has 30 outlet center pop-up stores. Toys “R” Us started opening pop-up outlets in 2010. On July 1, it opened a new location at the Jersey Shore Premium Outlets in Tinton Falls, NJ. Its outlet stores an average of 2,500 to 5,000 square feet. The store features products not found at its brick-and-mortar or online sites.

A building owner is likely to be willing to rent out storefront space to a pop-up retailer for a short time rather than not rent it out at all. Also, the owner still has the chance to book a higher-paying tenant later on.

Another pop-up trend is the “store within a store,” in which space is rented to a retailer within an established store. This helps the store owner offset rent. In this scenario, pop-up retailers often will match their wares with the building owner’s merchandise.

An example is at Nordstrom, which hosts its own “[email protected]” specialty pop-up shops, which are a recurring series of retail products not typically found in a Nordstrom store. Jewelry retailer BaubleBar, which began as an e-commerce retailer, opened a pop-up within Nordstrom department stores before expanding into its own retail shops. And in 2015, London-based designer goods retailer Liberty set up within five U.S. Nordstrom locations. Another example is in New York City, where menswear retailer Rothman’s added a 750-square foot pop up shop inside its Park Avenue location to host emerging designer brands. Rothman’s rotates its pop-up tenant every six weeks. Other retailers such as Best Buy and Sears have also successfully integrated pop-ups.

There are many benefits to pop-ups. They can provide a starting point for someone just starting out in retail who is looking to generate brand awareness or experiment selling different products. They also allow a digital retailer to engage its customers offline.

Customer engagement is a strong reason to open a pop-up shop. As with commercial real estate, location is the key. A pop-up retailer has the advantage of identifying locations where customers are most likely to be, thus providing built-in foot-traffic. Scouting out the location will also identify if there is parking nearby and whether the location is accessible by public transit.

A pop-up space provides a move-in ready small space without the concerns of committing to a long-term lease, getting insurance, managing staff, and operating much equipment. Typically there are fewer costs on inventory, equipment, physical appearance, and labor. Some pop-ups serve as stepping stones to permanent business locations, thus helping a local economy.

A critical step for a pop-up store has a budget. This includes budgeting for inventory and rent, the design of the space, marketing and promotion, a window display and signage, Internet access, and even food and beverages for customers.

There are pop-up pitfalls. Some of the most common is the wrong location; not promoting the event on social media; not distributing flyers and promotional material in nearby cafes and shops; not having a launch event (think food and balloons); not having a window display or signage; not installing Wi-Fi; not having a welcoming atmosphere; not scheduling set up and breakdown time; and staying in a location too long.

According to a PopUp Republic poll, pop-up shoppers look for unique services and products, localized assortments, optimal pricing, convenience, and a fun experience.

For Washington D.C. business owners who lack resources and finances, pop-ups provide a viable and creative alternative to an expensive retail space. Recently, Washington D.C. pop-ups have grown in appeal. For example, in June, digital fashion retailer ModCloth set up a pop-up inside the old Urban Chic space in Georgetown for a one-month stint. Today, Washington D.C. pop-ups offer products and services that include fashion, cosmetics, arts and crafts, farmer’s markets, beads and jewelry, eateries, coffee, chocolate, bike repair, and even supper clubs.

Both small and large retailers are embracing the pop-up trend. A pop-up store is an exciting and creative way for new retailers to test the waters or for existing retailers to expand their niche. Having a brand, budget, and location will give retailers the keys they need to succeed.