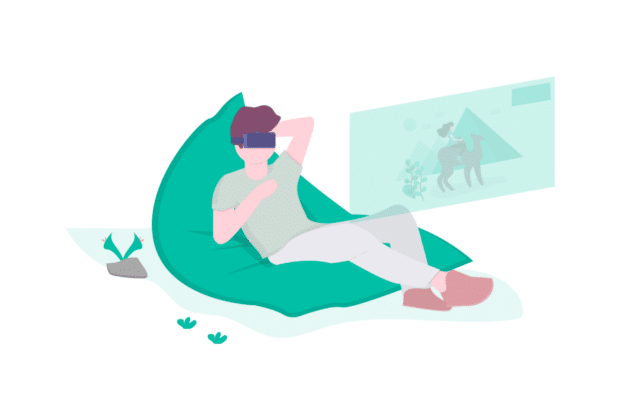 Commercial real estate developers are venturing into virtual reality technology as a way of allowing prospective tenants to visualize and experience a space—even before it is built.

One of the biggest technological trends over the past decade has been the ability to create and visualize 3D representations. While most of these technologies have been developed for the gaming and entertainment industry, virtual reality has grown into having key applications in real estate by allowing potential tenants and buyers to take a simulated “tour” of a property.

According to a recent study by Goldman Sachs Research, virtual reality will become an $80 billion market by 2025, with $2.6 billion being targeted for real estate. More commercial developers and brokers are currently exploring the virtual reality trend as a key tool in selling or leasing potential spaces.

Commercial developers have begun using 360-degree video systems to record spaces throughout their properties. The recordings are edited together to create an interactive projection—or simulation—of the interior spaces and surrounding landscape. Potential tenants and buyers are able to view the 3D simulation using virtual reality software applications on a phone, computer, or tablet.

The technology gives the illusion of walking through a space and allows the users to look around in different directions from multiple vantage points, feeling as if they are actually touring the property in person. Users can click or scroll on their devices to navigate through a space and zoom in on particular features. Some of the 3D applications require special headsets.

Potential prospects can also tour a property before construction has even begun.

Whether touring an existing property or one being developed, the virtual reality software applications will let users experience:

Among the most valuable benefits of virtual reality systems and applications include:

One hurdle for the widespread use of virtual reality in commercial real estate is cost, which can run into the thousands of dollars depending on the project’s scope. The cost of hiring a professional to shoot 360-degree videos can be $3,000 or more. Gear such as headsets is available for under $1,000.
For example, 3D interactive headsets that debuted this year include Oculus Rift at $599 and HTC’s Vive Pre at $799.

Because virtual reality hardware companies are continuing to innovate, however, the costs of virtual reality applications and 3D gear are likely to come down. Commercial developers should also weigh the time-saving potential and the cost-savings of not having to arrange and conduct actual physical tours of their properties.

A commercial virtual tour has the potential to increase interest in your property and simplify your sales efforts. This can provide you with a competitive advantage.

While virtual reality technology will likely not replace a physical building tour and still has a way to go, virtual reality stands to play a key role in transforming the way commercial developers and brokers do business in years to come.