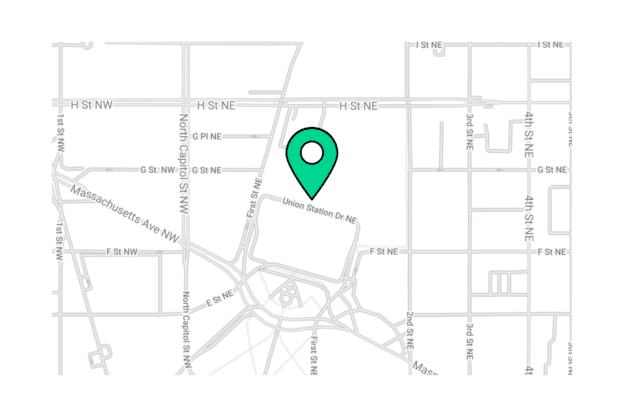 This article is part of a series on the Capitol Hill neighborhoods of Washington, D.C. This article profiles the Union Station neighborhood and its unique atmosphere. If you are planning to become a landlord in the area, this data will help you target the right tenants for your property or hire an experienced property management company to maintain your rental home.

The area within half a mile of Union Station is predominantly home to relatively well-paid, well-educated renters, according to statistics from the Washington D.C. Economic Partnership. Of households in that radius, 61 percent are renter-occupied, and 39 percent are owner-occupied. The average household income exceeds $131,000, and nearly three-quarters of residents have a bachelor’s degree or higher. The median age of area residents is 33.1, and the average household has 2.1 residents. The partnership also has additional information about the area’s demographics, train station usage, and local amenities that may be helpful to prospective landlords preparing to lease properties.

The Union Station neighborhood is located around its namesake train station, which offers various transportation options for D.C. residents and tourists. Designed in the Beaux-Arts style, Union Station opened in 1908 and is on the National Register of Historic Places. The transportation hub and shopping mall were restored between 1981 and 1989 after Congress enacted the Union Station Redevelopment Act of 1981. Prospective tenants will be attracted to the variety of activities around the neighborhood and the easy access to other locations in D.C. and the metro area. This is a great neighborhood for residents interested in being close to multiple retail, dining, and entertainment establishments.

The dining selections in the Union Station neighborhood include Pizzeria Uno, Roti Mediterranean Grill, Sakura Japan, East Street Café, Cajun Grill, and Kabuki Sushi, among many others. Residents can shop at major retailers, such as Ann Taylor, Express, and H&M. Other stores in the area include Nine West, Victoria’s Secret, Swarovski, L’Occitane en Provence, and The Body Shop. The U.S. Capitol Building, the Supreme Court, and the Library of Congress are located very close to Union Station. Many major attractions are just a short stroll away, including the National Museum of African American Art, the United States Holocaust Memorial Museum, and the United States Botanic Garden.

As one might expect, the neighborhood offers a wealth of transit options for commuters and for residents looking to get away for the weekend. The Red Line of the Metro passes through Union Station.  Multiple Metrobus routes and the D.C. Circulator’s Georgetown-Union Station and Union Station-Navy Yard routes serve the area. Several Amtrak trains arrive and depart from Union Station, providing convenient travel to and from New York and Boston. Additionally, the Maryland Transit Authority Commuter Bus, the Loudoun County Commuter Bus, and the PRTC buses stop at Union Station. Other bus carriers that serve the neighborhood include BoltBus, Greyhound, Megabus, and Peter Pan.

Union Station provides a wonderful setting for all types of events, with its historic atmosphere, retail offerings, and public transportation access. Past events held at Union Station have included the Adidas World Cup Soccer Ball Launch, the Monopoly U.S. National Championship, the Discover Columbia Festival, the Coca-Cola Holiday Caravan, and Disney’s A Christmas Carol Train Tour. A wide variety of events are held every month at Union Station. The schedule for these activities can be found at the following link: http://www.unionstationdc.com/events.

The Union Station area’s proximity to Capitol Hill and area attractions, along with its great transportation options, make it a great neighborhood to own investment property. Many surrounding areas are also seeing increased redevelopment and interest. To make the most of your residential property investment, a property management company with local expertise can tailor marketing and management plans to your property and the neighborhood.